The new ties that bind

New Yorkers love to build bridges, to one another and the city at large. Staying safe has required them to think up new ways to interact. They created nightlife scenes online, reaffirmed their love for open space, found new leaders for new causes and embarked on an array of ways to maintain body, mind and spirit.

While many New Yorkers have struggled to find and keep jobs during the pandemic, Ali Coleman, a local DJ, has barely been able to keep up with his busy schedule.

He and many other artists and employees who work in hospitality and nightlife found their careers and livelihood were left at a standstill as many experienced mass layoffs due to the closing of their normal venues. But Coleman quickly adjusted to the new virtual landscape and started throwing virtual parties which he’s kept up with since March.

Based in Brooklyn,  Coleman has DJ’d for a variety of venues, including House of Yes, Nowadays, and Jupiter Disco—all of which temporarily closed in the midst of the virus.  Coleman has close ties with the owners of Nowadays and has performed for them regularly since their opening in 2015.

“Something was very special about that night,” Coleman said. He was particularly fond of the plants hanging around the venue, noting it was as if “the plants were actually sharing in that energy.” Although Coleman couldn’t see the viewers, a lot of people wrote to him the next day and he estimated that a couple of hundred people tuned in.  read more >

Giving back to the parks 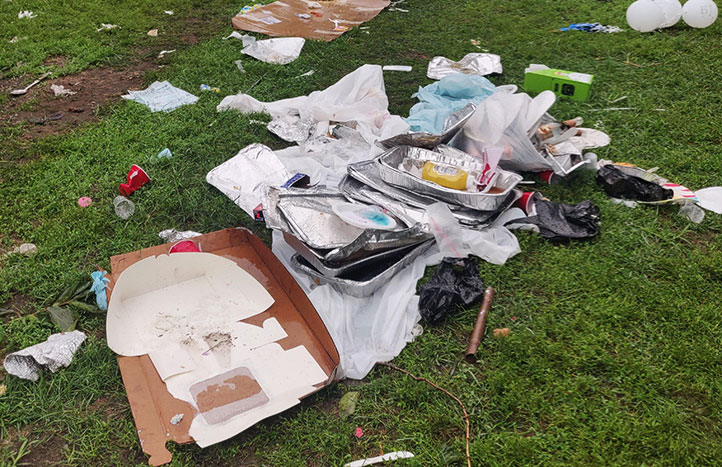 Efforts to care for local parks are occurring all over the city, even as the weather grows colder and park use begins to dip during winter.

“I really think that the pandemic, in a somewhat silver lining way, has really highlighted the parks because they are outdoors.  In terms of social distancing, that’s really one of the better places to be,” Punzalan said. “It’s really important that as we continue to increase the usage of these parks, that we maintain them, that we take care of them.”

Punzalan said he got involved with Friends of 4 Parks Alliance, a nonprofit organization dedicated to improving parks in the Bronx’s lower Grand Concourse area, after he noticed trash spilling out of garbage cans over the summer. He participated in the cleanup and started organizing more events for the organization shortly afterwards.   read more >

After experiencing a particularly difficult breakup during the coronavirus pandemic, Dionne Smith decided to look into therapy for the first time in her life.

“The breakup was the catalyst,” Smith recalled. The 36-year-old Bronx resident found herself having more trouble coping than usual due to the quarantine restrictions. “Not being able to be active and go out and hang out with friends, or be distracted, definitely impacted it.”

Smith is not alone. Everyday stressors such as relationships or work have only been compounded by the isolation of quarantining.  Many are now finding relief through televisits with trained mental health professionals.

Standice Melvin, a licensed professional counselor and CEO of the mental health agency Benevolent Family Services in Norfolk, VA, has noted an increase in clientele in her own practice.

“A lot of people really just did not do well with isolation,” Melvin said. “We have a lot of parents who are struggling with constantly being at home with the kids and still having to work and maintain a family.”  read more >

A lot of people really just did not do well with isolation. We have a lot of parents who are struggling with constantly being at home with the kids and still having to work and maintain a family.
Standice Melvin

When 23-year-old Ali Garcia got a call about picking up a pallet of free mangoes, she filled her car with the sweet fruit and passed them out in her Bronx community. Garcia and three of her friends handed out mangoes to anyone who wanted, storing the extras in a local community fridge.

“Imagine us just throwing mangoes in the air” says one of her friends, Taziah Taveras, age 27. “Taxis double parked asking us ‘tienes mangoes’ and we’re like ‘yes, please take them all.’ It was a beautiful day.”

The Fridge Girls are one of many youth groups formed to address different social and economic issues brought on by the pandemic. Plugged into specific needs of different communities and armed with creativity and passion, New York City’s youth are leading the way through this hectic time.

Community fridges are popping up over the city in neighborhoods where access to healthy food is hard to come by for many residents. The fridges fill a void felt by many folks utilizing food pantries: a lack of fresh produce and perishable items. Due to storage space, many food banks are limited in what they can accept and give away, leaving those who rely on the service to have to resort to canned and dried goods. Community fridges are an accessible way to store fresh food items, like fruits and vegetables.  read more >

Imagine us just throwing mangoes in the air. Taxis double parked asking us, ‘Tienes mangoes?’ and we’re like, ‘Yes, please take them all. It was a beautiful day.’ 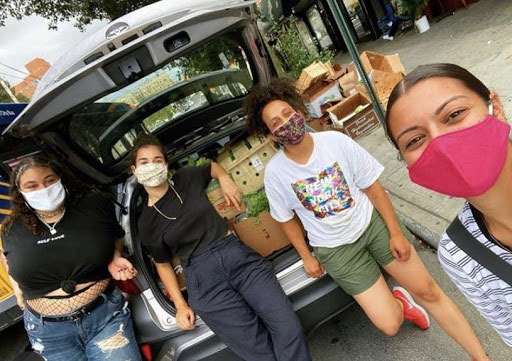