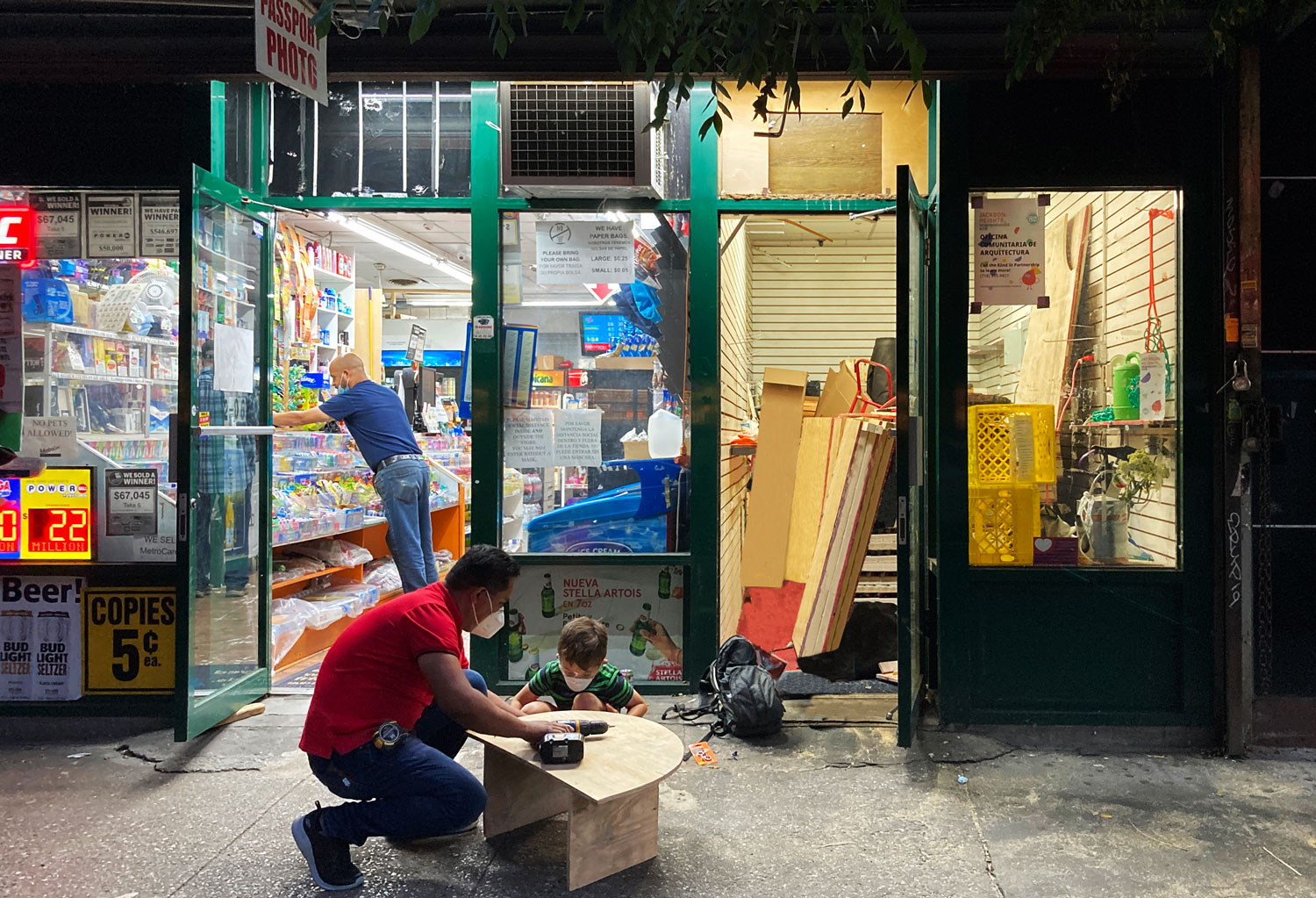 “It’s been a huge point of community activism and we see a lot of people meandering around the Black Lives Matter mural,” said Lisa Martinez, from Grimshaw Architects, a global firm with offices in New York. “We started to understand how we could program the plaza itself to capitalize on what’s already happening there but also provide community amenities and infrastructure.” ⇒ cont. 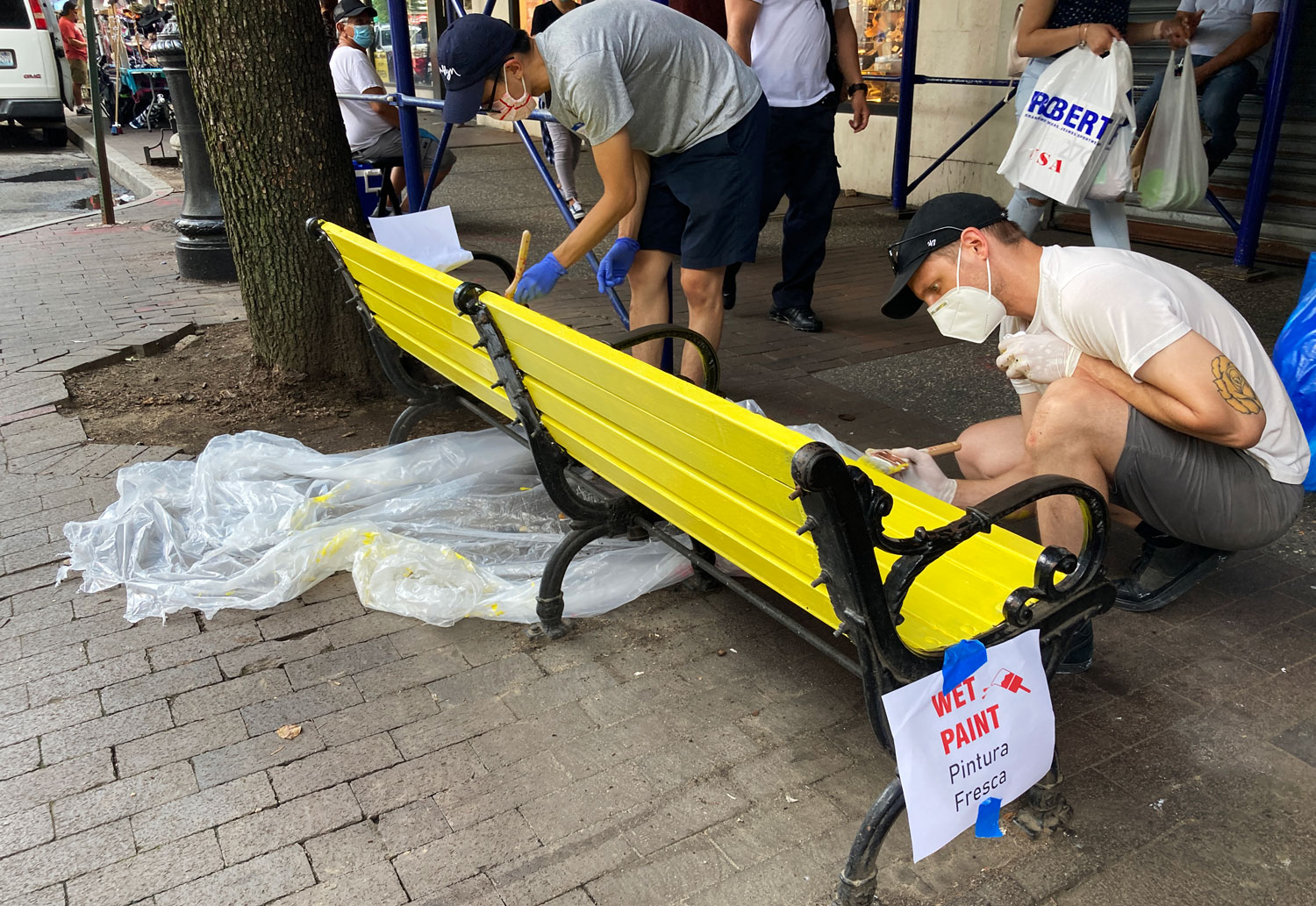 Plans for the plaza include a COVID-safe children’s playground, spaces to share community information and a zone for pop-up retail events like Battle’s winter village.

The city’s Open Storefronts initiative, announced in October, allows retailers to use five feet of sidewalk as selling space outside. But for many business owners, building the infrastructure to comply with city regulations is crushingly expensive. Battle said  most businesses in her area can’t participate.

“It’s a little too late,” she said. “If they had Open Storefronts in the summer, more would have participated. A lot can’t participate because they’re late on rent.”

By tapping private creative organizations to provide community-driven solutions, Neighborhoods Now has the freedom to work on hyper-localized projects.

“The nature of government isn’t bespoke,” said Luke Hayman of Pentagram, which describes itself as the world’s largest independent design consultancy. The firm is working with the 82nd Street Partnership in Jackson Heights, Queens. “It can’t tailor to the needs of specific neighborhoods.”

in Jackson Heights, one of the world’s most culturally diverse neighborhoods, as many as 167 languages are spoken. Pentagram created a series of playful COVID-19 safety posters in Arabic, Bengali, English and Spanish, as well as posters with blank speech bubbles that business owners can customize for their clientele.

“We could have done all the translations,” Hayman said. “But this way, business owners can speak with their own voice.” 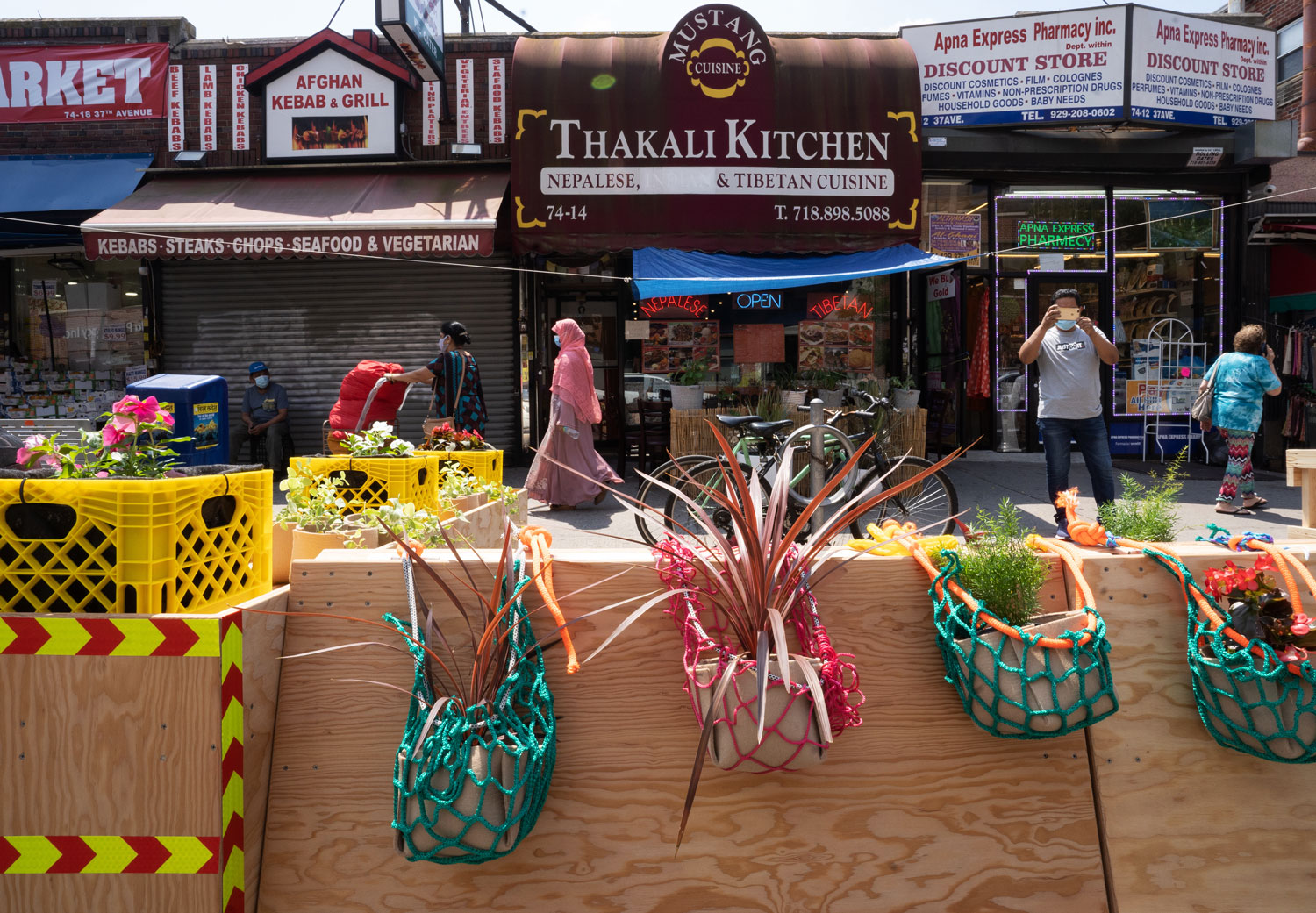 For Leslie Ramos, executive director of the 82nd Street Partnership, it was important that Neighborhood Now firms start with trying to understand the needs of the neighborhood and not parachute in with ideas that would alienate the community.

Building trust between the outside groups and small businesses, many immigrant-run, was a slow process. But Ramos said the firms were culturally sensitive and ready to adapt to working with business owners who are fighting to survive.

“This kind of project helps them in the way they do their business,” she said. “They know how to make food but maybe they don’t know how to interpret the city’s rules for outdoor seating.”

Many Neighborhoods Now projects are prototypes that can be accessed on its website as a part of a “Digital Toolkit” for other designers and community groups to reference.

This resource—as well as the connections forged within a coalition of small businesses, architects, lawyers, advocacy groups and a range of professionals—may become the most enduring element of the project.

Barika Williams, executive director of the Association for Neighborhood and Housing Development, helped connect Neighborhoods Now to community groups early on. At the virtual kickoff event in June, Williams stressed that projects must be forward-thinking.

“A return to normal is not the goal,” she said. “Normal hasn’t been working in these communities for decades. Normal has been what has created a system that excludes us. And that is not what we’re looking to recreate.”