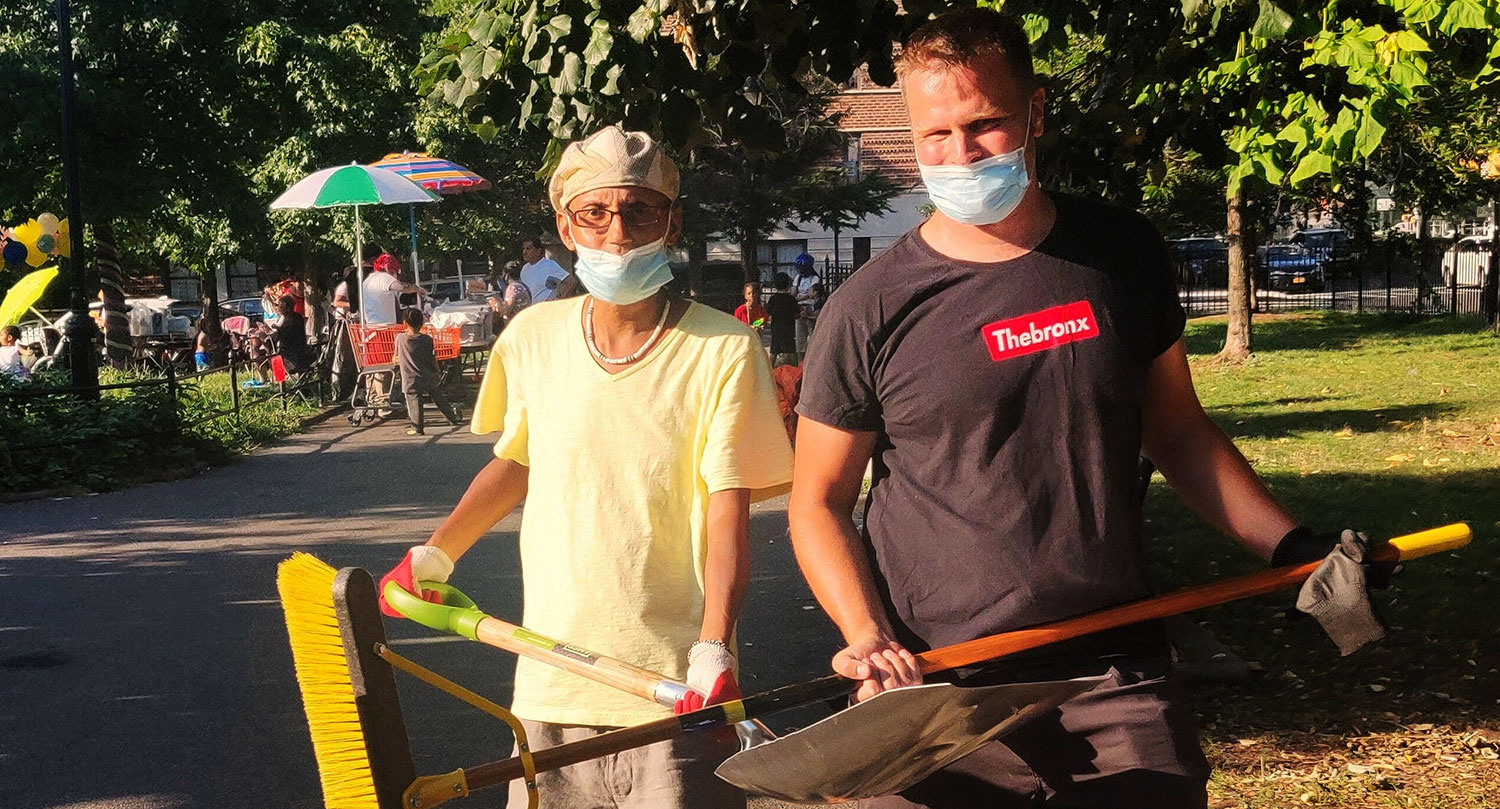 Giving Back to Their Parks

Efforts to care for local parks are occurring all over the city, even as the weather grows colder and park use begins to dip with winter.

“I really think that the pandemic, in a somewhat silver lining way, has really highlighted the parks because they are outdoors. In terms of social distancing, that’s really one of the better places to be,” Punzalan said. “It’s really important that as we continue to increase the usage of these parks, that we maintain them, that we take care of them.”

Parks were underfunded before COVID. As much as (the Department of Parks and Recreation) wants to push back with ‘Well, the pandemic happened,’ I think it exacerbated the inequities that have always existed.

Punzalan said he got involved with Friends of 4 Parks Alliance, a nonprofit organization dedicated to improving parks in the Bronx’s lower Grand Concourse area, after he noticed trash spilling out of garbage cans over the summer. He participated in the cleanup and started organizing more events shortly afterward.

⇒ cont. While Punzalan has organized seven cleanups since joining in July, he said he wants to extend the organization’s reach and challenge the city Department of Parks and Recreation to “think creatively about solutions that have long term perspective in terms of reducing the amount of litter.”

He said as it stands, the majority of the department’s budget goes towards cleaning.  But finding ways to address the underlying issue of trash buildup might mean more of that money could be diverted into park beautification and educational programs. 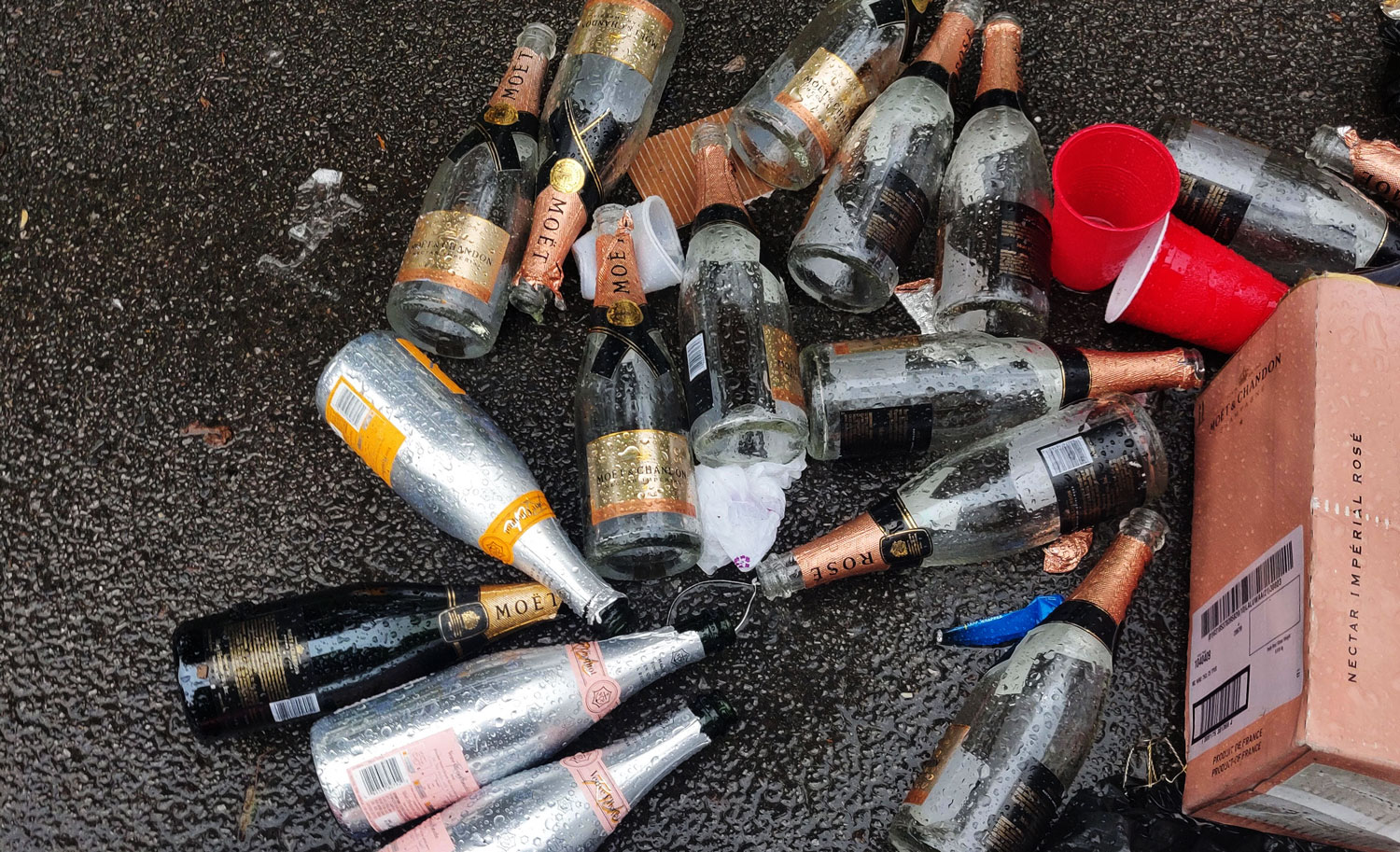 “Parks were underfunded before COVID. As much as (the Department of Parks and Recreation) wants to push back with ‘well the pandemic happened,’ I think it exacerbated the inequities that have always existed,” Punzalan said. “Now it’s just really come to the fore. I think people should not forget that.”

The pandemic has caused a reduction in city tax revenues, leading to cuts in most city agencies.  The Parks budget, initially $587 million, was reduced by 14%, according to Parks press officer Charisse Hill.  That prevented the hiring of 1,700 seasonal staff who are ordinarily tasked with supporting maintenance efforts throughout the city, Hill explained.

The department launched an Anti-trash Campaign over the summer that brought trash corrals to heavily used areas, Hill said.  It also encouraged elected officials and partner organizations like Friends of 4 Parks Alliance and Prospect Park Alliance to organize community cleanups.

Even wealthier, larger parks have not been fully spared from a build-up of trash. Prospect Park in Brooklyn lost roughly $3 million of its $11 million budget due to concession closures like the Tennis Center and wedding venues, said Deborah Kirschner, Prospect Park Alliance vice president of marketing and communications.

She credited the community for helping by donating to the park and participating in summer and fall volunteer programs, encouraging others to do the same. “This pandemic has demonstrated how essential our parks are to our city — for relaxation, recreation, community and as one of our most democratic spaces. Ensuring that our parks are here for us today and in the years to come is the responsibility of all New Yorkers,” Kirschner said.

People in this neighborhood care about the parks ‘cause these parks are all we’ve got. We are very lucky to have the parks that we have. They are simply beautiful.

“We can all do our part by advocating for public funding for parks, donating to nonprofits that help sustain our parks, volunteering, or simply being good stewards by carrying out your trash and respecting park rules,” she added.

“These parks are all we’ve got”

Appreciation for city parks and volunteer cleanup campaigns have taken hold across the city, and park enthusiasts say they plan to continue their efforts as long as it’s necessary.

Bronx resident Christopher Bell decided to take matters into his own hands after he strolled through Joyce Kilmer Park during the summer and noticed the once-beautiful place had become “disgusting” due to the beer bottles, tinfoil, shreds of piñata and other types of trash strewn across the ground.

The idea of kids playing around rotten food and rats is what pushed him to start going to the park with a broom and grocery bags after he finished his workday, Bell said. His efforts swiftly expanded as people approached him to ask what he was doing, volunteering to lend their own services. He’s organized around 16 cleanups this year at several different parks in the area.

“People in this neighborhood care about the parks ‘cause these parks are all we’ve got. We are very lucky to have the parks that we have,” Bell said. “They are simply beautiful.” 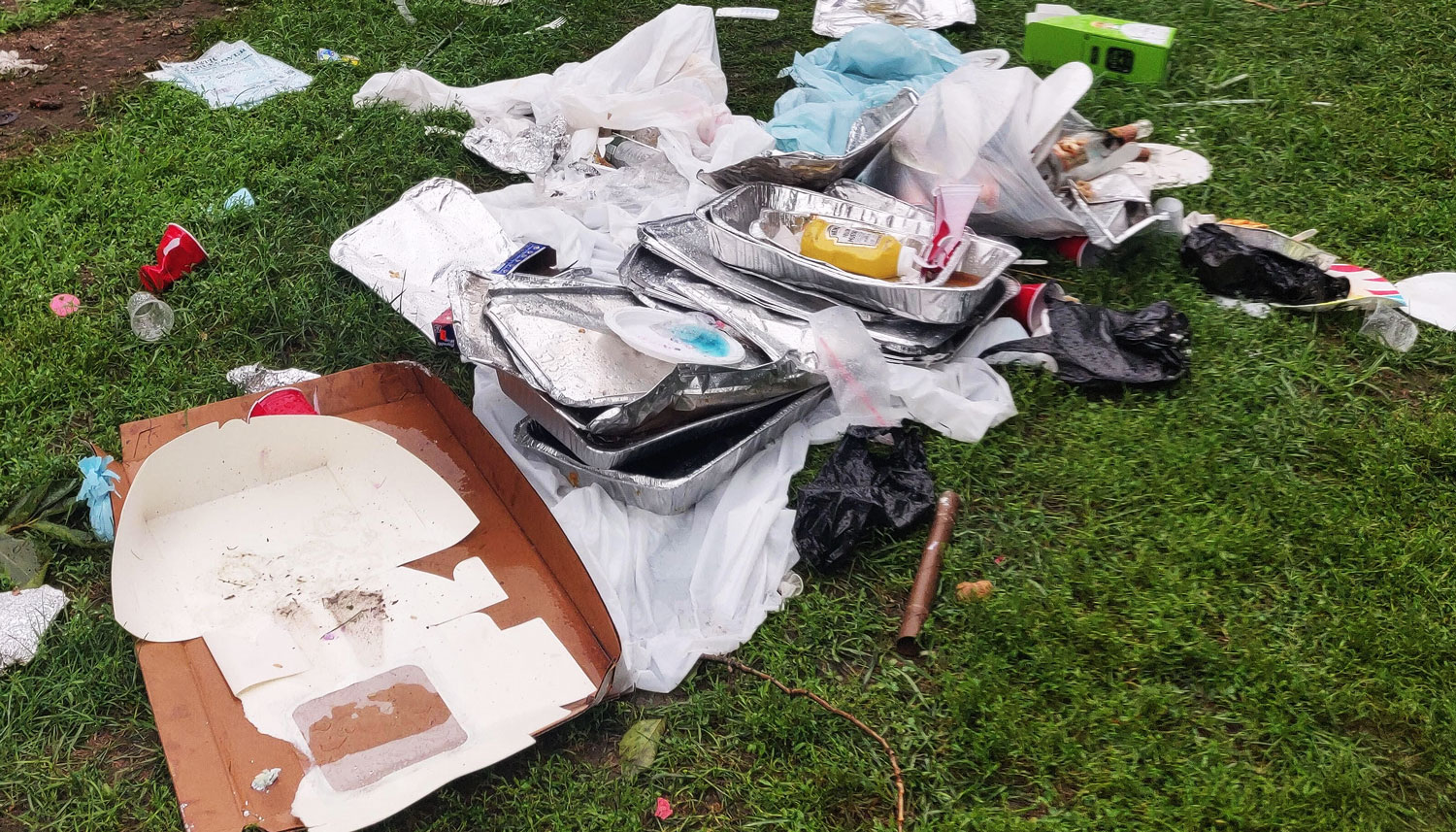 Piles of trash were strewn across the grass in Joyce Kilmer Park after a party. (Christopher Bell)