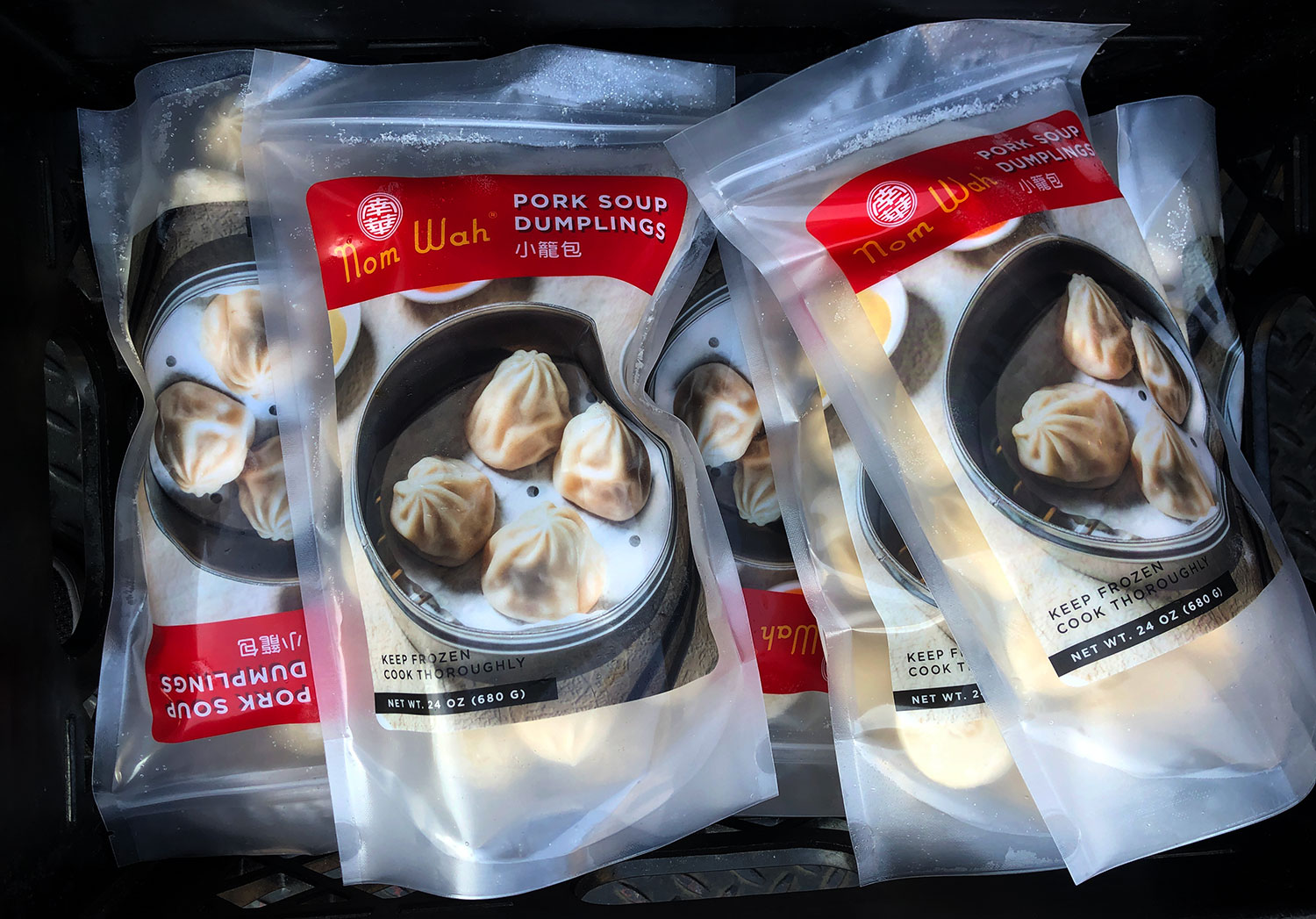 Frozen pork dumplings are one of the many products Nom Wah Tea Parlor is selling to break even during the pandemic. (Nom Wah)

For Parul Patel, closing her family’s iconic Gem Spa corner store in the East Village after 35 years was meant to be temporary. She took over from her father, who was working to reintroduce the store’s vintage soda shop vibe before he fell ill. Now, Patel sells branded T-shirts out of her garage in New Jersey.

“It took me a long time to realize that the store was now closed,” said Patel over the phone while taking a break from packing boxes. “But when we closed the store, we experienced a tremendous boost in our business.”

Despite plummeting sales, Patel’s landlord was not giving her a break.

“I did try to negotiate with him,” she said. “He couldn’t assure us that he wouldn’t evict us when the moratorium was lifted.”

Her merchandising sales have grown by nearly 200% since May, so she hopes that without the burden of rent, she can launch back into a brick and mortar business when the pandemic ends.

It took a pandemic for us to realize that, as an industry, we shouldn’t put all our eggs in one basket.

New York’s restaurants and corner stores, including some notable icons, are closing every day. Some experts predict that as many as 70% could fail in the long winter months.

With a bottom line always on the line, restaurants in “The Great Before” just did one thing: serve food. A pivot to merchandising now offers the strongest brands a fighting chance to stay alive as they cash in on nostalgia with a side of a return-to-normalcy for dessert.

⇒ cont. A cookbook was in the works before the pandemic for Nom Wah Tea Parlor. This year is the perennially busy dim sum restaurant’s 100th anniversary. For decades, the location on Doyers Street has attracted locals, finance guys, and Manhattanites with jury duty on the weekday and packed with tourists on the weekend. 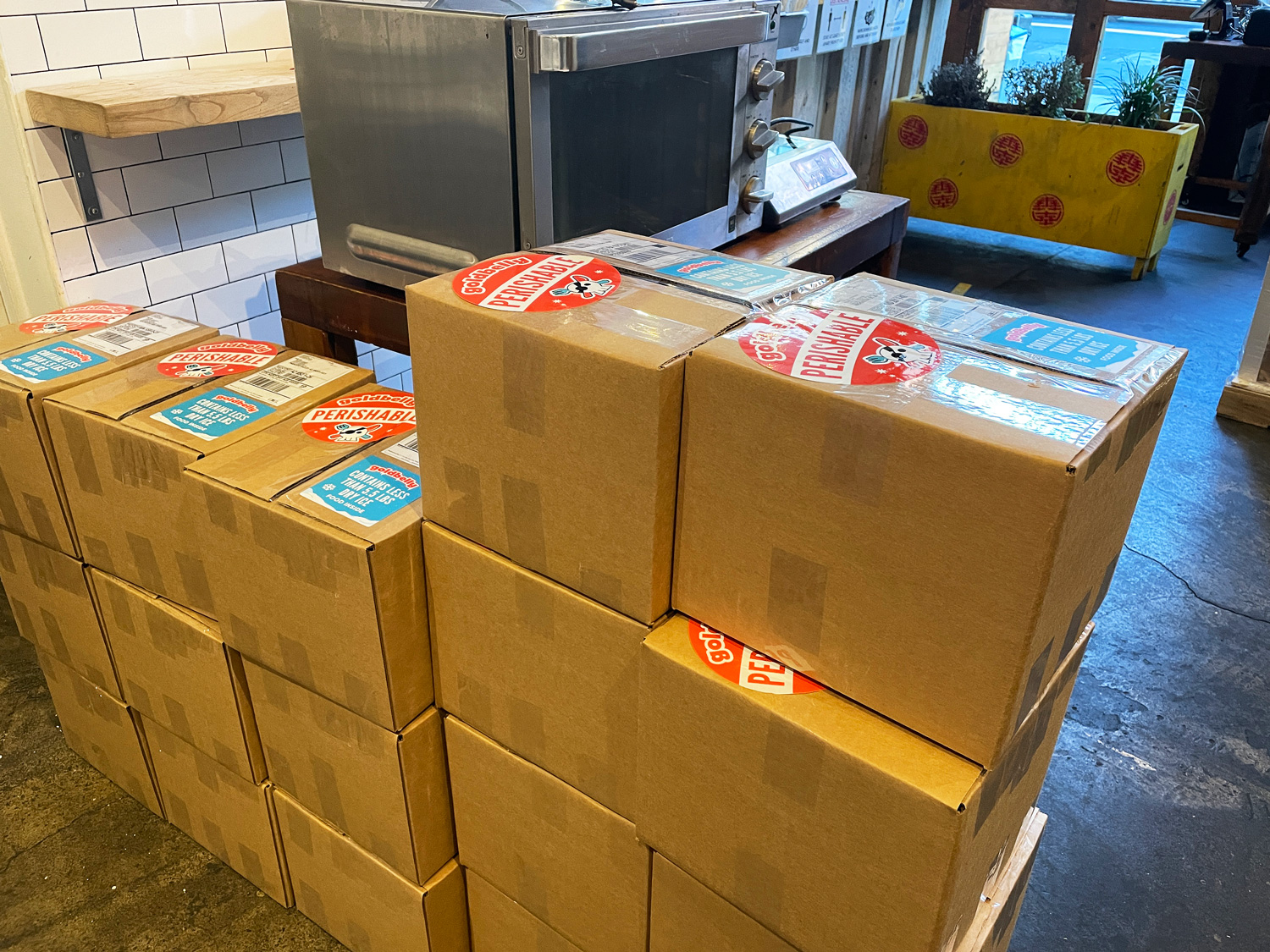 In the wake of a nearly 80% decline in sales, Nom Wah started to sell frozen dumplings and chili oil in retail stores around the city, on Long Island and the Catskills.

The mass exodus from the city forced Nom Wah to think outside the restaurant in order to close this revenue gap and expand its business ventures.

Putting eggs in more than one basket

“It took a pandemic for us to realize that, as an industry, we shouldn’t put all our eggs in one basket,” Barb Leung said on a Zoom call from her apartment, where she now works.

Leung is used to managing a restaurant.  But cookbooks, prepared foods, and apparel are something brand new. “We really only do one thing, we just serve food in house,” she said. “The pandemic really exposed that limitation.”

Chinatown saw a hit to sales earlier than most business districts.  While racist assumptions about the origin of the virus may be to blame, Leung said that many of these mom-and-pop stores closed out of an abundance of caution in their multi-generational homes.

“It’s a safety concern when you have to travel into the city and be exposed to a lot of things and then come home to your 78-year-old parents,” said Leung.

The restaurant’s cooks are making Nom Wah’s frozen dumplings in a shared commissary kitchen these days. In the face of pending shutdowns, Leung said they’ll keep the kitchen open for as long as it feels safe to do so.

“It’s hard,” she said.  “You take it only one step at a time. You can’t be that proactive, or as much as I would like to be, just because you don’t know how things are going to shake out.”

We really only do one thing, we just serve food in house. The pandemic really exposed that limitation.

After all of the additional expenses that came with this new revenue stream, and an increased tariff by the Trump administration on paper goods coming from China, Leung said that they will most likely break even by the end of the year.

Parul Patel has no idea if Gem Spa will come back, but the huge spike in merchandise sales propelled her to think about expanding her garage-based Gem Spa offerings into branded egg cream kits for the holidays.

Like Nom Wah, the online Gem Spa store saw a slowdown of sales in September after a booming summer. Patel hoped holiday sales would produce another boost.

Patel has plans to collaborate with as-yet-unannounced streetwear brands on T-shirts and sneakers, and to work with restaurants on pop-up locations for her egg cream kits after the winter.

“I think our business will be just as good as it was last year for the holidays,” she said.

And this year, that won’t involve a rent payment. 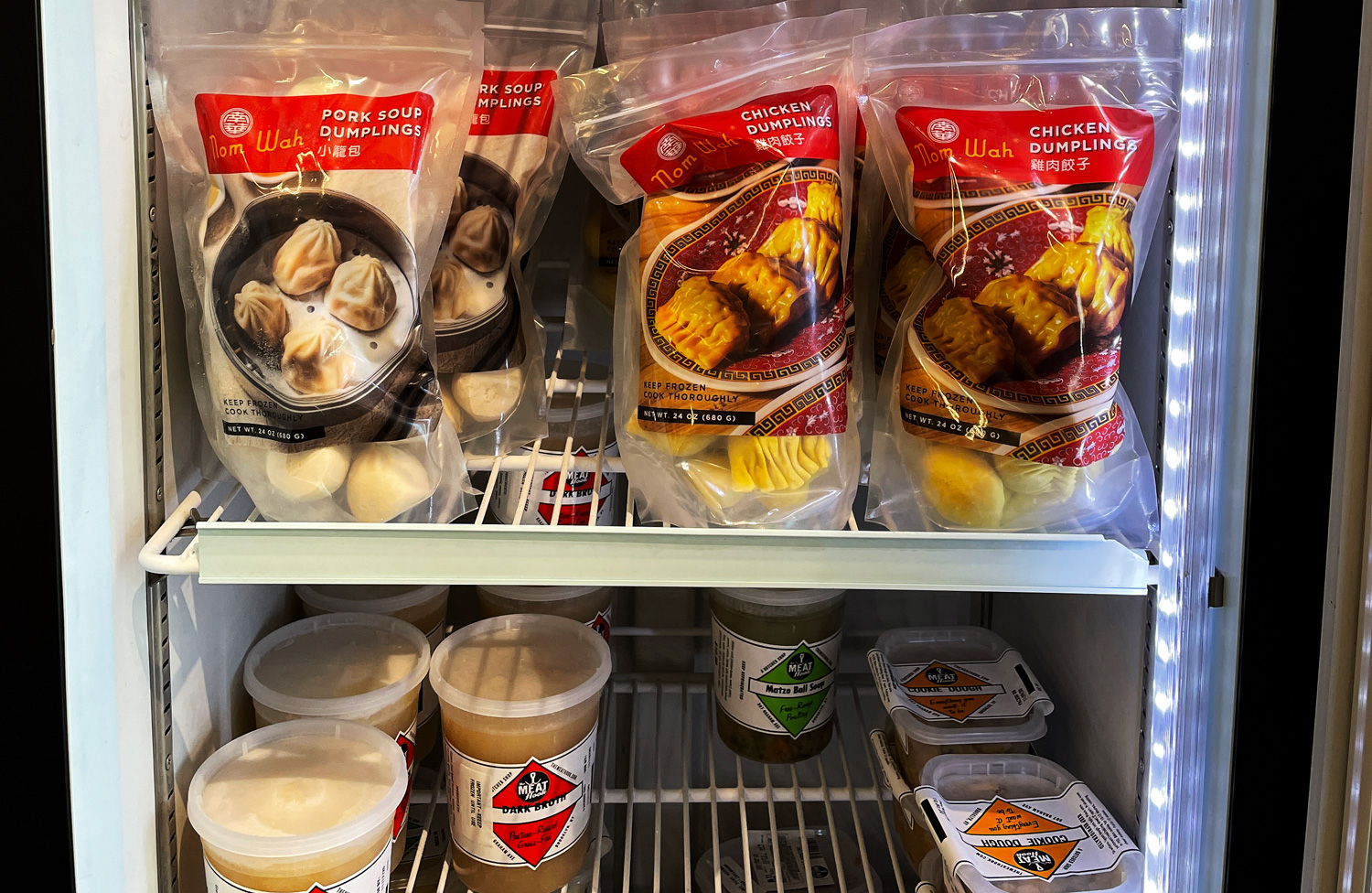 Stores throughout NYC like The Meat Hook butcher store partnered up with Nom Wah to sell frozen goods like dumplings.